The officers of South Bethany Police remain dedicated to the community and its residents. Our officers are well versed in community service. The department strives to stay current with community policing trends through yearly in-service training. Active involvement with the town’s Neighborhood Watch program not only heightens interaction between homeowners, visitors, and the police, but also adds to the cohesiveness of the community. In addition, our officers have a personal vested interest in making our town safe and secure for its residents, since most live in the town’s surrounding areas.

Instruction Page for Ticket or Summons

Complaints regarding boat accidents should be directed to the Delaware Department of Fish and Wildlife (DNREC) at 302-739-4580.

Prior to reporting wake violations, please try to ascertain the offending vehicles description, a physical description of the driver, and the registration number of the vehicle. A no wake zone violation is a finable offense which may result in fines from $25.00 – $100.00, but the typical penalty amount including court costs is $82.00.

Please drive slowly and carefully through town. Please remember to watch your speed on side streets. The posted speed limit is 20 mph. Also remember that Delaware law requires that all vehicles make a complete stop at stop signs. This is especially important during the summer months because streets not only see an increase in vehicular traffic but also a significant increase in pedestrian traffic. Cars share the road with families walking to the beach, joggers out for a run, and children out on a bike ride.

Please be aware that pedal cyclists must also obey all traffic laws and can be cited for violations. Helmets are required under the age of 18, but are recommended for everyone. Additional information can be obtained from the police department M-F 9 a.m. to 4 p.m.

The South Bethany Police Department is located at 402 Evergreen Road directly behind the Town Hall. Our contact numbers are listed below:

911 should be utilized for emergencies only.

The Delaware Move Over law (Title 21, Section 4134b1 of the Delaware Traffic Code) requires any driver approaching a stopped emergency vehicle that has its lights activated, to either move over into a lane that is not next to the emergency vehicle, or to reduce his or her speed to a safe speed while passing the emergency vehicle if changing lanes would be impossible or unsafe. The law applies specifically to roadways having two or more lanes going in the same direction.

Anyone who works alongside our highways is particularly vulnerable to being hurt by inattentive and careless drivers, said Tricia Roberts, Director of the Office of Highway Safety. Sadly, dozens of law enforcement officers alone in Delaware have been injured and even killed by passing motorists while working outside of their vehicles.

Emergency workers on our highways, whether they are law enforcement officers, firefighters, or EMS personnel, depend upon all motorists to be attentive to their presence. This law is intended to enhance the safety of emergency workers in the performance of their duties on our roadways.

The Move Over Law applies to law enforcement vehicles, EMS vehicles, ambulances, fire trucks, fire police, and park rangers that have stopped on a roadway and have their lights activated. A law already on the books in Delaware requires motorists to yield the right of way to moving emergency vehicles that are using either their lights or sirens, or both

Provided at no cost to citizens, Smart 911 allows families to opt-in and choose what information they would like to share with 911 and first responders in an emergency. Items such as photos and physical descriptions can speed the response for missing person cases. Health and rescue information such as medical conditions, disabilities, and allergies. Citizens are even able to provide information about their home and work addresses including locations of bedrooms for rescues, entry and exit points, or emergency shut-offs for gas and electric. They can even share pet information to let first responders know that there are animals or livestock on the property. 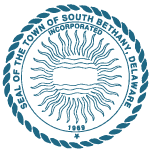